Hello there Radiant you!

Are you ready to thrive?

I know you want to and that you know there is passion and vitality and zeal inside you. However, somewhere along the way life happened and it got pushed down and locked up. Every time you think you can break free life comes crashing down around you and you find yourself wondering if survival mode is the best you can hope for.

My job is to help overwhelmed and burnt out women identify their freedom thieves so that they can let go of the past, free themselves from their mental cages and go from a life lived for the approval of others to one of vitality they have created for themselves today. No one jumps straight from caterpillar to butterfly and so we use the tools of bibliotherapy, yoga, and journaling to rediscover who we are, no matter how sticky and confining our present feels. Together with the tools of cage busting we transition out into the next phase of our lives - one that feels connected, rooted in who we are and in alignment with our heart and soul.

My spirit animal is a sloth. Adorable, cuddly, but often slow in initiating things. I like to know my facts before I commit. And I tend to do a lot of thinking and eating before I do so. But when I do I am all in. No matter if you are cheetah, a sloth or somewhere in between, you can use the tools to jailbreak out of that golden cage and free yourself from your freedom thieves!

So if you have yet to dive into the Find Your Freedom Thieves course go jump in there now. It's free and it will help you start to see your thieves and bust out of that cage!

Learn More Let Me In! 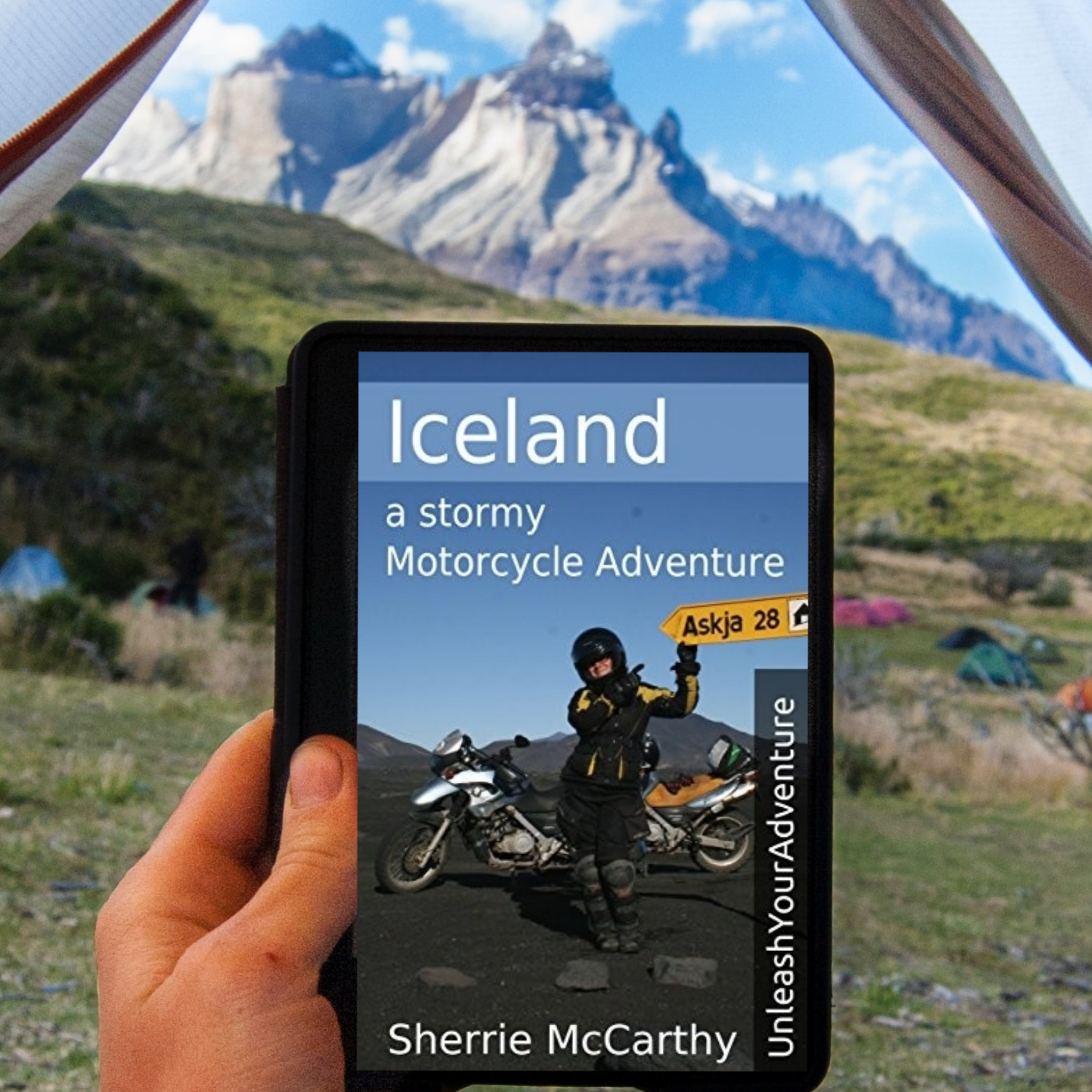 Active volcanoes, glaciers, rivers without bridges and killer sheep - Iceland offers the kind of riding that motorcycle adventure dreams are made of.

Ignoring the lack of off-road skills in one half of the partnership, Patrick and Sherrie set off on a 6-week journey from Germany to Iceland and back in the summer of 2010. Riding their two BMW F 650 GS (Betty and Wilma) they fell in love with the island and its stunning scenery. Surviving hospitalization, sand, sunk bikes and perhaps most frightening of all, lack of good affordable food, Iceland stole a piece of both their hearts. The only drawback: they wish they had had more time. 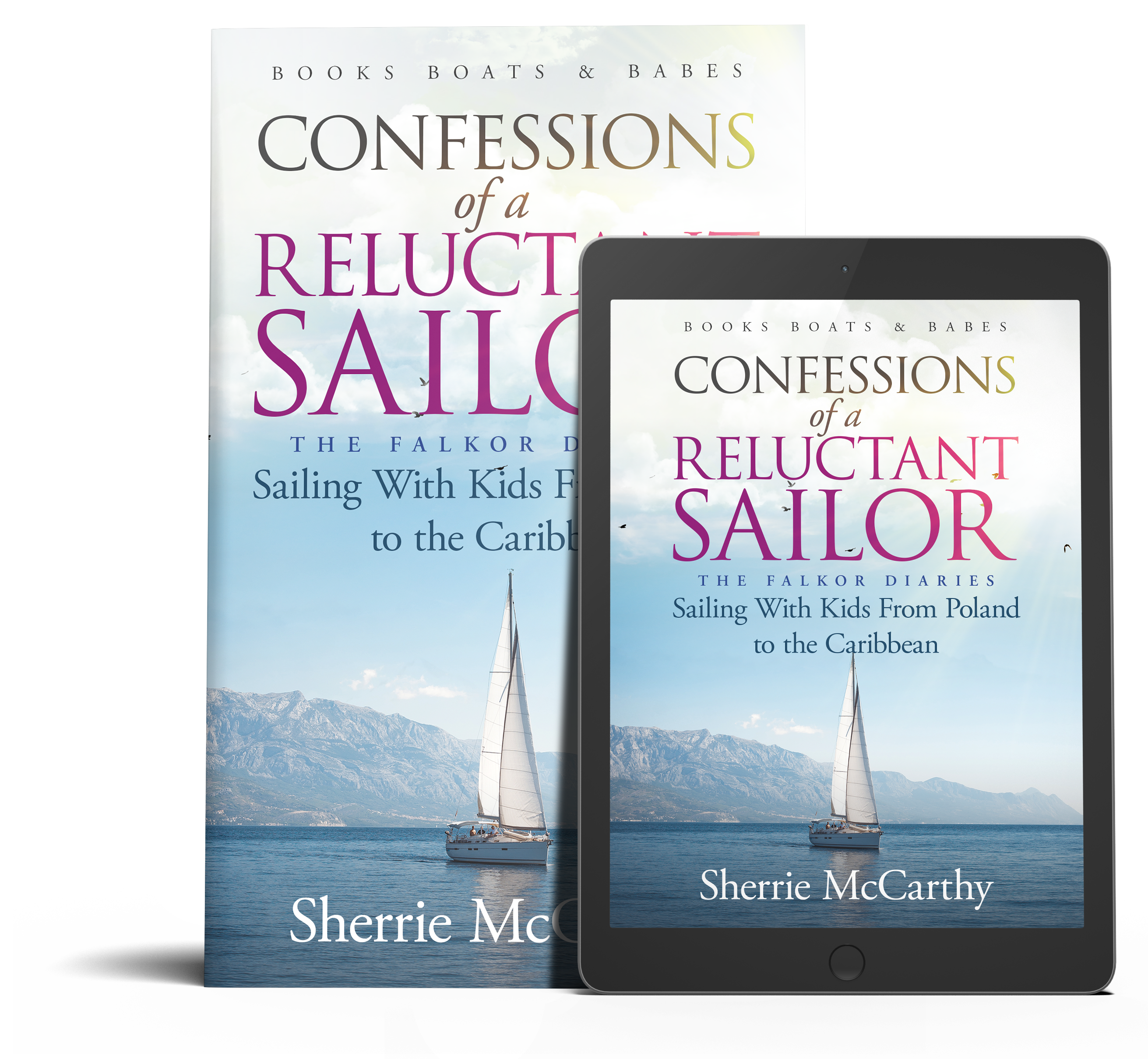 Confessions of A Reluctant Sailor

Who doesn't want to quit the rat race and pack it all in to see the world?

And it is not as if Sherrie and Patrick were strangers to travel. They met on Patrick's first round the world trip by motorcycle. Sherrie fell hard for the open road and the freedom of two wheels and a tent.

How much harder could living on a sailboat be?

Or at least that was Patrick's opinion. Sherrie is a Newfoundlander. She thought it prudent to bring up the Titanic whenever Patrick mentioned his dream of sailing around the world.

And then they had babies.

Which meant that dream of sticking them in a sidecar was no longer so realistic. Because putting imaginary babies in your sidecar is very different from putting breathing ones in. The desire to keep up a semi-nomadic lifestyle beckoned, but could Sherrie get over her fear of living on the ocean?

And just as she agrees to commit to a life afloat, heartbreak and betrayal threaten to end the trip before it even begins.

Confessions of A Reluctant Sailor tells of how one family on the verge of breaking up and a woman brought to her knees with grief, went forward with fulfilling a dream and knitting themselves back together, all the while learning the very real difference between fear and danger.

If you have ever dreamed of packing up and escaping the rat race, or even wondered how to move forward during a time of heartbreak and loss, get your copy today.

Confessions of a Reluctant Sailor is available from Amazon* in print and for Kindle.

Enter your email address and we will send you a link to reset your password.